President of the St. Kitts and Nevis Olympic Committee (SKNOC), Mr. Alphonso Bridgewater, has offered his personal praise and congratulations to athlete, Jermaine Francis, the latest medal winner for TEAM SKN at the 2016 CARIFTA GAMES held over the Easter Weekend in Grenada. Jermaine received Gold in the Under 20 Boys High Jump event with a height of 2.11 Metres—just shy of the qualifying mark for the World Youth Championship scheduled for July 2016.

President Bridgewater, said, “Jermaine Francis has been a disciplined, dedicated and consistent performer, particularly over recent seasons, and the fruits of his labour have now paid off at this stage, the youth level—in the premier youth track and field competition on the IAAF calendar.”

“It was such a pleasure, continued President Bridgewater, to see Jermaine assuming ‘podium position’ of distinction, flanked on either side by the second and third place athletes of Jamaica who continue to dominate the regional competition.” Mr. Bridgewater expressed the hope that Jermaine’s performance would “inspire the rest of the team who had events to perform over the Easter Weekend in Grenada as well as to the other youth athletes contending for places and seeking to qualify for upcoming events.”

The SKNOC President also took the time to express congratulations and appreciation to the coaches associated with TEAM SKN and the gold medalist, Jermaine, for their steadfastness, attention to detail and patience.

The SKNOC’s commitment to youth development and exposure across all sports and disciplines is unquestionable. From Under-23 Netball to Under-23 Olympic Football to Youth Table Tennis to the re-emerging youth boxers, to basketball and track and field (National Youth Championship, School’s Competitions, World Youth Championships, Commonwealth Youth Championship, CARIFTA GAMES, and student scholarships, amongst others) the support— moral, financial, technical, equipment resource—is ‘phenomenal’.

Furthermore, the success of Jermaine and javelin thrower, Adrian Williams, before him, is testament to the wisdom in President Bridgewater’s clarion call to ‘broaden and deepen the sports/disciplines and events in which SKN participate at the regional, continental and international levels in its efforts to attain the goal of ‘increased podium presence’.

In the words of President Bridgewater, “the soon to be unveiled SKNOC Strategic Plan for 2016-2020 builds on the unique strengths of the organisation and further seeks to systemize the quality and quantum of support afforded MF’s and the evaluation and monitoring processes associated with the stewardship of that support namely athletes, MF’s and coaches amongst others.”

Part of the long term vision for the SKNOC is to remain the SKNAAA primary partner providing unmatched financial, technical, developmental, coaching education and administrative support to the tune of hundreds of thousands per annum to the betterment of the athletes and sports in the twin island federation.

In this regard, the the SKNOC were proud to provide the necessary funding for the team to travel to this year’s CARIFTA GAMES. 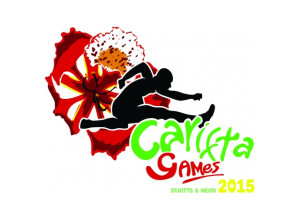 44th edition of the Carifta Games