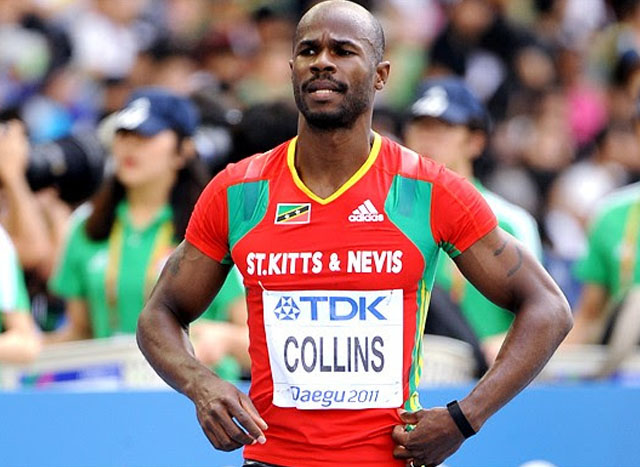 Basseterre, St. Kitts, 19 July 2016: The St. Kitts and Nevis Olympic Committee (SKNOC) and SKN athlete Kim Collins, have today issued a joint statement announcing that a path had now been cleared for Mr. Collins to participate at the Rio 2016 Olympic Games as an athlete of the St. Kitts and Nevis Olympic Team, following closure on the long-standing issues between the two parties.

The issues, dating back from the London 2012 Olympics, were discussed at a meeting convened via teleconference on Saturday July 16th, 2016, in the presence of SKNOC representatives based at its Headquarters in Basseterre, St. Kitts, Kim Collins and Ms. Paula Collins, wife and coach of Mr. Collins. The meeting was the result of a longstanding commitment by the SKNOC to finally resolve the dispute and offer Mr. Collins the opportunity to compete in Rio 2016.

During the meeting, Mr. Collins expressed his desire to participate as a member of the St. Kitts and Nevis Olympic Team and in so doing removed from the table any other claims and/or applications of representation at the said Rio Olympic Games.

In moving towards participation, the SKNOC has given its blessing to the NF/SKNAAA, to nominate Mr. Collins for selection on the St. Kitts and Nevis Olympic Team as long as Mr. Collins satisfies the specific requirements.

Kim Collins said, “I am extremely happy that our longstanding issues have finally been put to rest, and I will once again have the honor of representing my country in track and field. With this behind us, my coach and I will now continue to put our full focus on ensuring that I am in the best shape for the Rio 2016 Olympic Games.”

As discussed at the meeting, the SKNOC agreed with Mr. Collins that, as a pre-requisite to final confirmation as a member of The St. Kitts and Nevis Olympic Team, Mr. Collins must sign off and adhere to the standard SKNOC Athletes’ contract(s) for representation of SKN at the Rio 2016 Olympic Games.
‎
The SKNOC and Mr. Collins wish to extend its gratitude and appreciation to all the individuals, institutions and groups who had a role to play in facilitating the process to this point.

The final list of the St. Kitts and Nevis Olympic Team athletes for Rio 2016 will be announced shortly.

The new website, SKNOC.org, will be updated on a regular basis with news and updates of Team SKN and of key milestones leading up to and during Rio 2016 with Twitter and Facebook.com providing all the up to the minute news and excitement in real time.