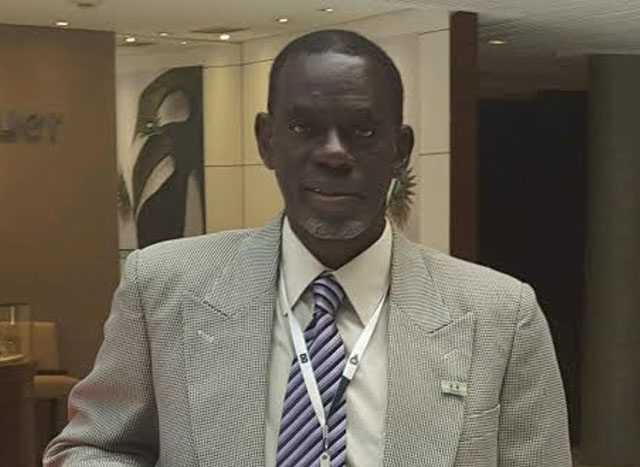 It is, indeed, another June 23rd—the birth date of the Founding Father of the Modern Day Olympic Movement—Baron Pierre de Coubertin. On this day – or throughout the week or even over the course of the whole month of June—National Olympic Committees (NOC’s) in some 205 countries across all continents, pause to pay tribute to the man, the movement and the messages of olympism.

The activities on which the NOC’s embark throughout their celebrations have as a thematic backdrop the mantra: “Move, Learn and Discover”. In the words of the International Olympic Committee (IOC) President Bach, the intention envisaged through this mantra is to get the “couch potatoes to off the couch.” There is an unmistakable connection with the world wide concerns about health issues, particularly, Non-Communicable Diseases (NCD’s,) and the lack of movement, the lack of exercise and a generally inactive lifestyle. The research is convincing with respect to the positive co-relations between an active life style and the prevention, delay or effective management of a variety of illnesses.

On the local scene, the celebratory activities include:

The expectation is that some 7 or more athletes may qualify for athletics. Qualifying standards have already been achieved in the 100 metres, 200 metres and the 4X100 metre relay males and the 200 metres female.

We continue to monitor the situation concerning health and other concerns in Brazil and shall be guided by the counsel and advisories of the relevant authorities so as to ensure the safety and security of athletes and officials of TEAM SKN.

As a general point worthy of note, athletes desirous of being a part of TEAM SKN should be reminded that “compliance with the SKNOC Code of Ethics is a prerequisite to participation in Games” and 3 Competitions held under the auspices of the SKNOC. The SKNOC code of ethics/conduct mirror those of the IOC and the Host Organizers. Breach of these codes by athletes and/or officials open up the SKNOC to serious and significant penalties.

As another general point worthy of note, athletes should bear in mind that the guidelines set by the International Amateur Athletic Federation (IAAF), namely, “achieving the entry standard does not guarantee participation in the Games; the final decision will be taken by the SKNOC”.

Moving on to another matter related to the Rio Olympic Games, the 26 plus National Olympic Committees (NOC’s) of the Caribbean—referred to as the Caribbean Association of National Olympic Committees (CANOC) got together and formed a company known as CANOC Broadcasting Inc. This company was established primarily to ensure that the Caribbean region gets access to far more coverage and footage, than is the norm, re its participating athletes and interests at the Olympic Games. How often, do we witness major sports networks carrying the Games, use the very moment when our respective Caribbean athletes are entering the stadium at the Opening Ceremony, to go to the commercial break? Our athletes may make it to finals, achieve phenomenal feats but fail to make it to the podium. That does not mean that they do not have a story to tell. CANOC Broadcasting Inc. is expected to capture such moments—featuring more Caribbean athletes, stories, interviews and human interest developments. ZIZ TV is identified as the partner station locally for such coverage. The major partner station is ESPN.

I am aware that there may have been some original concerns as to whether the equipment would have been available locally to make the broadcast links possible. I understand that is well on the way to resolution.

TEAM SKN athletes would have another opportunity to sharpen their skills or seek qualification standard over the week end of July 1-4, 2016. On this weekend, the athletes will participate in the ANOCES Athletic Championship in Tortola (BVI). ANOCES is the acronym for the Association of National Olympic Committees of the Eastern Caribbean States (OECS). ANOCES joined with its partner, the OECS athletic Congress (OAC) to introduce the games to fill a “gaping void in high level competition in the sub-region whilst simultaneously showcasing elite athletes to admiring, adoring fans on home soil”.

The SKNOC is happy to report that its Olympic Bus was launched into service last November 2015. Thanks to its partners at IOC/Olympic Solidarity and associated sponsors.

Work is well advanced on the publication of the 2016-2020 SKNOC Strategic Plan. The intention is to have a final version of the plan ready for adoption prior to the end of September 2016.

APPLICATIONS FOR MEMBERSHIP OF SKNOC:

4 The SKNOC was happy to be able to convene a meeting with a number of National Federations seeking membership to the SKNOC and to go through with them as a group the streamlined and revised protocol for applying for membership. Present at this meeting were representatives from the National Sailing Association, Shooting, Triathlon.

The SKNOC heartily congratulates all athletes who have made the performance qualification mark for the Olympic Games and await word re selection to TEAM SKN for the Rio 2016 Olympics. Congratulations are further in order for the Senior Male Football Team (The Sugar Boys) for their continuous march through the qualifying stages of the CFU Competition. The U-23 National Football team is also worthy of commendation for its recent victories against Jamaica and Dominica whilst playing in a group which also included the home team the Dominican Republic.

I encourage the efforts in the resurgence of boxing by some devout boxing enthusiasts. It is my hope that boxing will progress to the point that SKN will be creditably represented by the 2018 Commonwealth Games.

I dare not end without extending sincerest thanks and appreciation to the IOC/Olympic Solidarity for its phenomenal and timely support for all the various SKNOC programmes, technical, financial and developmental support. The Pan American Sports Organization (PASO) accounts for the provision of significant proportions of the funding as well. The other benefactor of note is the Commonwealth Games Federation (CGF).

It is from these three primary benefactors that the SKNOC receives its funding that allows it to service the needs and stimulate the aspirations of its member federations. Just by way of example, over the last four (4) years a total of some two million (EC$ 2,000,000.00) was spent to provide support of one form or the other to Netball, Basket Ball, Football, Volleyball, Track and Field (Athletics) etc.

In July, 1996, SKN participated in its very first Olympic Games–the Centenary Games in Atlanta, Georgia, USA. On the eve of the Rio 2016 Games, many memories abound of that christening experience. TEAM SKN made it to the quarter finals in its very first outing. Michael Johnson eclipsed the 200 and 400 metre records at the very same Games. But the most enduring memory for me is the strange sense of awe that enveloped the stadium as the indomitable figure of Muhammed Ali made his appearance to set ablaze the Olympic Flame in much the same way as he had set ablaze the entire sports kingdom for decades.

“The Greatest” departed this life weeks ago. As I bid you all, happy Olympic Day, as I encourage some of you to get off the couch and commit to ” move, learn and discover- I am reminded of a comment inspired by thoughts on the celebration of Ali’s stewardship, and quite fitting for the moment, and as a lasting message: “consequence is no coincidence”.