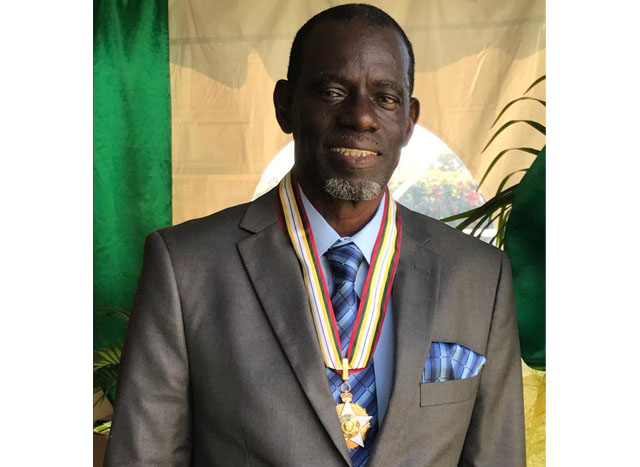 The incontrovertible consensus is that there could be no one as deserving for national recognition as Alphonso “Bridges” Bridgewater. There is scarcely a sphere in national development and accomplishment where his contribution and presence do not loom large and stand out as a beacon.

His impact has been impressive and continues to reverberate with tremendous positive potency via his respective roles as educator, youth and community development worker, social worker, Associate Peace Corps Director, General Manager Solid Waste Corporation. Hence the youth, the aged, the wider community, the Federation as a whole were the beneficiaries of his knowledge, skills and experience as the exemplary educator, the indefatigable, compassionate and caring youth and community development worker, the pioneering and supportive cultural administrator, the trendsetting Associate Peace Corps Director and the legendary Chief Executive Officer of the Solid Waste Management Corporation in the field of health and sanitation.

Social Planning, social policy, physical education and sports, the teaching of maths and languages were areas of expertise in which he left his indelible mark.

As if that was not enough, Alphonso Eli Bridgewater demonstrated inimitable achievements as an athlete. He was a national player representing the country locally, regionally, and internationally in the field of cricket, soccer and basketball.

He further moved from being an actual athlete on the field of play to coaching and training-elevating to the position of National Coach/Trainer for Soccer, Netball and Basketball.

Alphonso “Bridges” Bridgewater lives a life which embraces what he describes as his motto, “Passion for service-compassion for others”. How apt, how accurate a description! How astounding a personality, a patriot- in the person we honour, we recognize, a deserving honoree of the second highest National Award! May the recognitions never stop coming.