Congratulations to the U-20 Carifta Gold Medallist 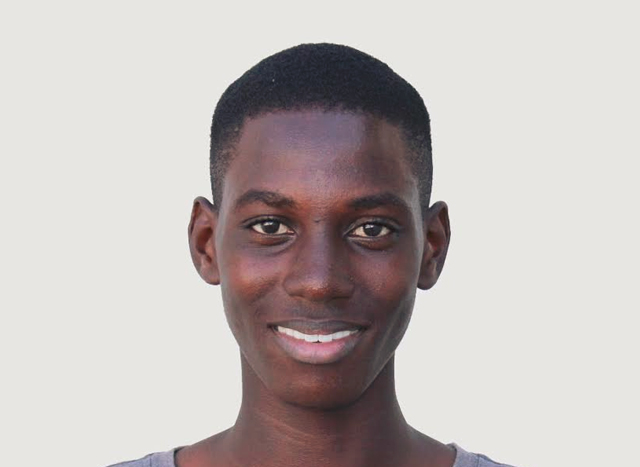 In the name of the St. Kitts and Nevis Olympic Committee (SKNOC), I extend congratulations to Jermaine who outperformed the competition from Bahamas and Jamaica to present St. Kitts and Nevis with its first medal of the 2017 Carifta Games – and it is a medal from the very top shelve. Stepping on the very top rung of the medal podium is no mean accomplishment, especially in an event that is internationally acclaimed as among the most competitive and best organized.

It was just a few months ago that I had the privilege to be part of a welcoming party at The Robert L Bradshaw International Airport to receive the triumphant Jermaine who was returning from another podium performance overseas. What Jermaine has accomplished over the course of these 2017 Carifta Games speaks volumes of his characteristic consistency in athletic performance dating back to recent Interschool and National Championships, 2016 Carifta Games, and the World Youth Championship outings. The word is that he has already qualified for the next edition of the World Youth Championship.

Congratulations are also very much in order for his coaching team who had been a critical component of his achievements to date.

The SKNOC for its part will continue to lend timely, critical and strategic support to the Track and Field Association and its other Member Federations. Going forward, the nature and scope of that support (financial, technical, developmental, moral, etc.,) will be informed and guided by the content of the 2017-2020 SKNOC Strategic Plan.

Jermaine’s gold medal and record breaking performance sends a clear message to decisionmakers, authorities who determine the allocation of scarce financial resources that it is time to ‘refresh’ and review the attention and focus given to the field events in comparison with the track events. This signals that it may be the time to single out gifted athletes for extensive, intensive and sometimes accelerated exposure and competition involvement, as well as to more deliberately and methodically recruit and identify talent. There is, for me, also some lessons to be learnt from the nature of the preparation and training to which Jermaine was exposed.

It does not escape me that Jermaine’s gold medal and record breaking performance at one of the world’s premiere and most reputable youth track and field championships, came on the heels of the unfortunate fire which destroyed substantial high jumping equipment. Jermaine demonstrated what it is to use misfortune as a motivation for triumph.

The SKNOC may take comfort in the fact that the stated goal of “podium presence” is being accomplished via Jermaine’s stellar performances.

In terms of investment in Track and Field, in particular, the SKNOC has continuously been a significant, sustained, and often, single partner. Every participation in the Carifta Games for the past two decades, for example, has seen the SKNOC foot the bill for the travel and allowances for athletes and officials, accommodation and also the cost for the preparation and training of the athletes. This type of commitment by the SKNOC to youth athletic excellence is unquestionable.