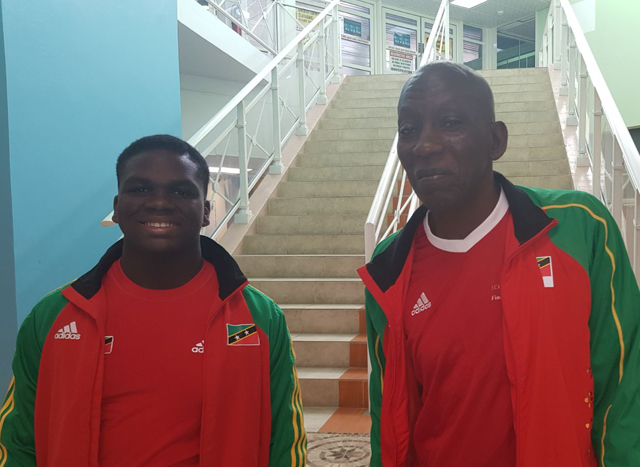 The 3rd edition of the Youth Olympic Games (YOG) will be held in Buenos Aires, Argentina on October 6th to 18th, 2018 and the St Kitts and Nevis Olympic Committee (SKNOC) will make its third appearance at these Games.

Hence, in an effort to provide the athletes with the much-needed high-level competitions and training, prior to their selection on the SKNOC’s representative team, the St Kitts and Nevis Olympic Committee has fully committed itself to facilitating the preparation and qualification process to aid the participation of these teams and players in various continental and international competitions.

For the sport of Table Tennis, a Latin America Road to Buenos Aires 2018 Series qualifier will be held in Asuncion, Paraguay over the period April 9th to 15th, 2018. Mr Tredhel Lake accompanied by Coach, Mr Urban Freeman will participate in this qualifying event. They are scheduled to depart St Kitts on Friday 6th April 2018 for Paraguay.

Similarly, the Eastern Caribbean Volleyball Association will stage its Beach Volleyball qualifiers over the period May 18th to 21st in Antigua and Barbuda. Likewise, for the Sport of Track and Field, the qualifying process which is be managed by the North American and Caribbean Athletic Confederation (NACAC) has announced that the qualifiers/trials will be held in Cali, Colombia from 4th to 7th July 2018. The names of the selected athletes and officials will be provided in a follow-up release.

The SKNOC and the National Federations remain confident that the athletes will eventually qualify and wish the athletes every success in their respective competitions.