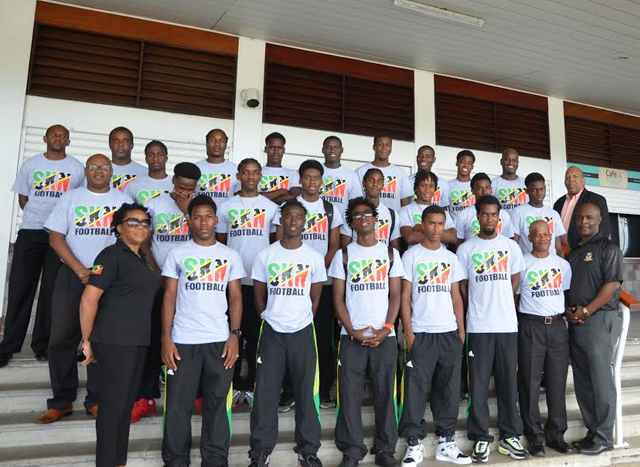 In keeping with its main objectives of increasing the number of sports and sporting disciplines in the various Games in which the SKNOC participates over the 2017-2020 quadrennial, significant investments have already been made in financially assisting its Member Federations in a number of training initiatives and competitions geared towards their qualifications for the 2018 Central American and Caribbean (CAC) Games, the 2018 Commonwealth Games and the 2019 Pan American (Pan Am) Games.

The latest beneficiary of such financial assistance is the St Kitts-Nevis Football Association (SKNFA) whose Male Under 20 National Team will be participating in the Caribbean Football Union’s (CFU) World Cup Qualifiers in Curacao on 26th October, 2016. Prior to travelling to Curacao, the team will be engaged in a 5-day training camp in St Marten from Wednesday 12th to Tuesday 18th October, 2016.

The SKNOC’s contribution to the team’s preparation and participation for this competition is in the tune of One Hundred Thousand Eastern Caribbean Dollars (ECD $100,000.00) which is being utilised in the purchase of airline tickets, accommodation, meals, ground transportation, uniform and other associated expenses of the team.

The entire SKNOC’s Executive extends best wishes to the SKNFA’s Male Under 20 National Team in their quest to win the tournament in Curacao and advance to the next qualifying competition. 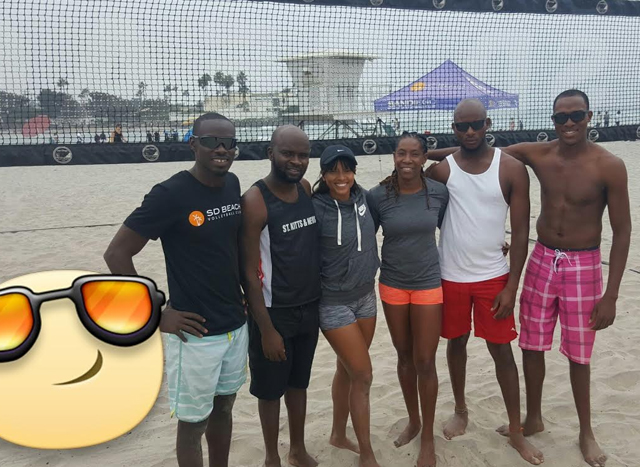 Similar assistance has been rendered to the senior Beach Volleyball teams consisting of six players (4 males and 2 females) which recently returned to the Federation following a highly successful two-week training camp in the United States and Mexico. The players returned enthused having been exposed to a newer approach to the mechanics in the sport of Beach Volleyball.

Commenting on the assistance, Vice-President of the SKNOC, Mr Dennis Knight said, “The SKNOC continues to invest significantly in the development of sport in St Kitts and Nevis through the implementation of a wide range of Programs that benefit athletes, coaches and other key stakeholders. We remain very optimistic that our goal will materialise during this upcoming quadrennial”.