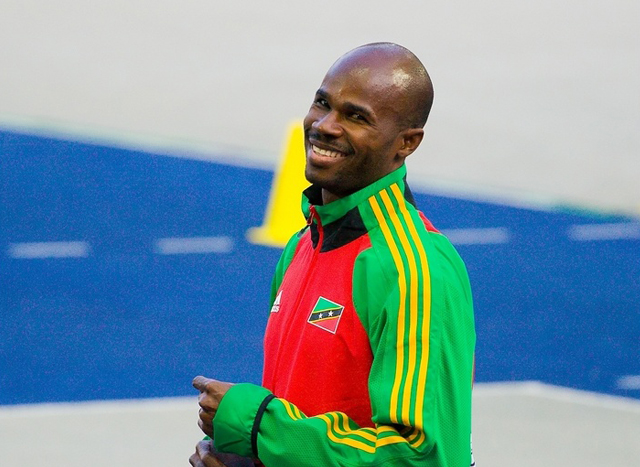 The St. Kitts and Nevis Olympic Committee/Commonwealth Games Association (SKNOC/CGA) has recently learnt that Mr. Kim Collins has retired from his active career as a Track and Field Athlete.

The SKNOC/CGA family, for its part, wishes to thank Mr. Collins for his exemplary, resilient and significant performances over a career which spanned the gamut from student-athlete through to professional athlete; from national to international icon. He captured, in the process,
several podium positions at the highest levels against the best and toughest of competitors under the most demanding and challenging circumstances and conditions.

Kim often defied the odds and put in performances that had the additional off-the-field value of inspiring and uniting an entire nation and region. His capturing the titles of World Champion (2003) and Commonwealth Champion (2002) are cases in point.

It is the wish of the SKNOC/CGA Family that Mr. Collins enjoys the next phase of his life’s ﻿journey.