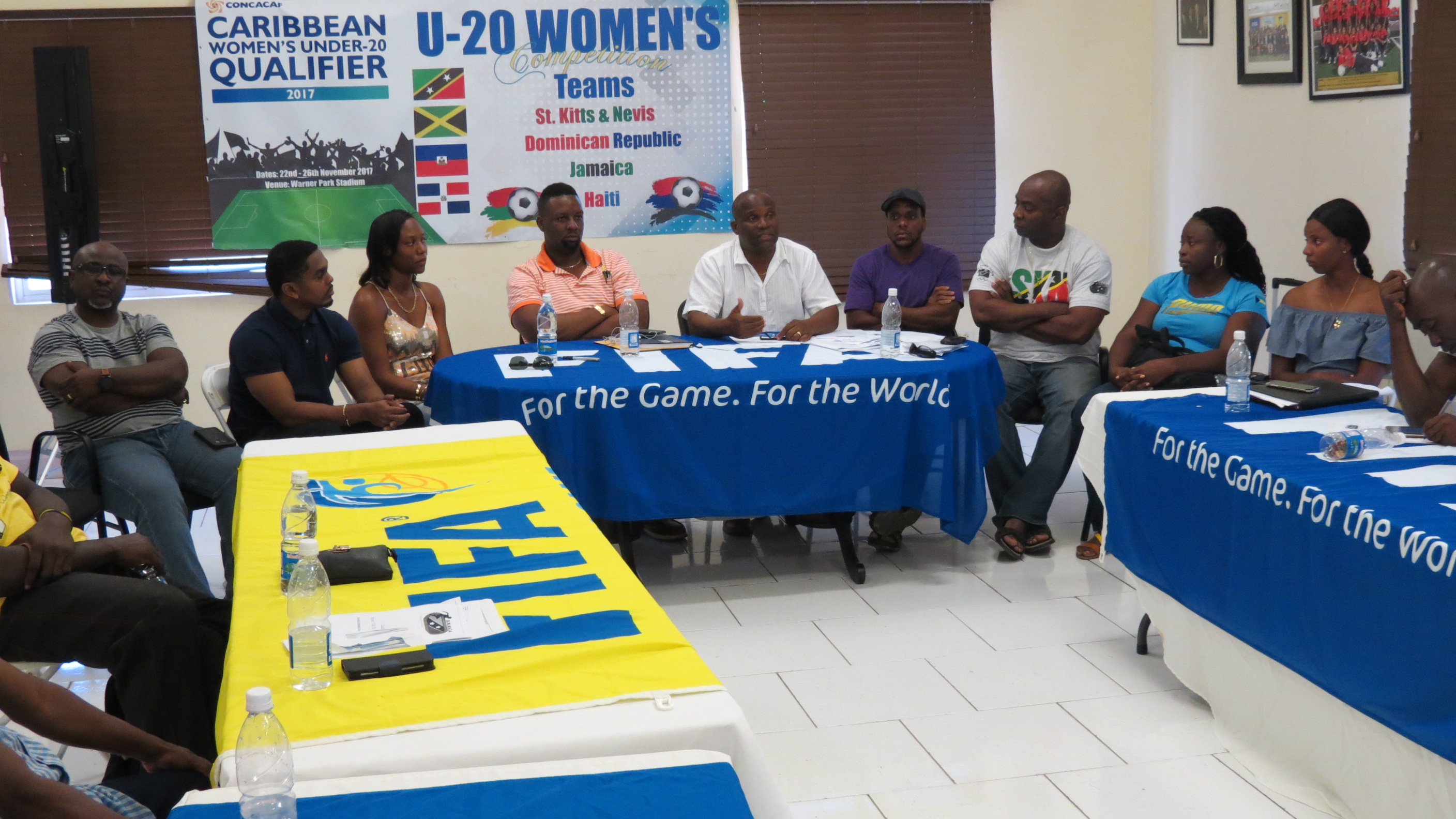 At its Quadrennial General Meeting held on Saturday 9th December 2017, the member clubs and affiliates of the St. Kitts & Nevis Amateur Athletic Association, SKNAAA, elected a new Executive Committee to serve for the next four (4) years.

In his first remarks as the new President, Mr. Val Henry thanked the outgoing Executive for serving the sport of athletics over the years and wished them much success.

He further thanked the General Assembly for its support and the confidence they placed in him and his entire slate of candidates, who are now charged with providing a new direction for the advancement of the sport of Track & Field.

The president and the new executive made it clear that they are committed to ensuring that the sport will be ‘athlete centric’. Henry says, the mission is to make the sport about the athletes and that priority attention will be given to training and development, which he says is a focus greatly needed.

Training and development said the president, will be comprehensive and across all areas, including for athletes, coaches, technical officials, club leaders and the association’s management. More effort will be placed in club development, recognizing that the association is largely one of clubs, and that the more dynamic our clubs are, so too will become the association.

More attention is also expected to be placed in the development of the sport in the rural areas of St. Kitts and Nevis. With respect to Nevis, said the president, immediate attention will be given to ensure that athletes and clubs there, feel that they are truly part of the national athletic federation. Events organized by the SKNAAA will now be held in Nevis as well, said the president and good use of the newly constructed Nevis Athletic Stadium, is to be expected in coming months.

Saturday’s election was also historic with a record number of new executives being elected from members who reside in Nevis. Three crucial positions are now held by Nevisians, namely Latoya Jones, as Assistant Secretary/Treasurer, Shirmon Caines as Coaches Representative and is likely to head the powerful Coaches Commission which appoints all national coaches; while elite athlete Meritzer Williams was also elected and now serves as the Athletes Representative.

The full new Executive Committee comprises of the following:

The new body will now be busying itself to prepare for the upcoming 2018 athletic season and participation in several major overseas events.

On the local front, the executive and its commissions will also be paying attention to the upcoming Primary Schools and the Inter-High Schools and Colleges Championships.

While accepting that the road ahead will be filled with many challenges, including trying to find ways to erase its massive debt, the new executive has indicated however that they are committed to the task and will work hard to find solutions to resolve the current financial malaise.

The meeting, which was held at the conference room of the St. Kitts & Nevis Football Association, also received reports from the Executive, the Audited Statements and re-appointed Audain & Associates as the auditors for the association.