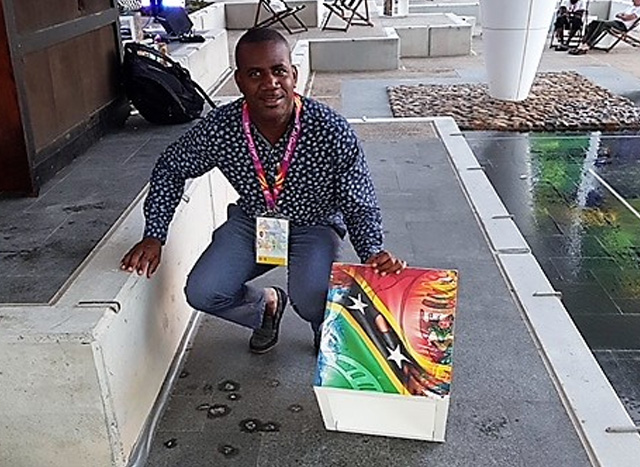 The Deputy PM arrived on the Gold Coast on 11 April for a five-day visit, meeting with Team SKN athletes and also touring the Athletes Village and training facilities, in his capacity as the highest ranking government official representing the Federation of St. Kitts & Nevis at the Commonwealth Games.

Speaking at a lunch given in his honour, the Hon Shawn Richards offered encouragement to all eight athletes who had missed out on the biggest awards of the Games. Citing the demanding platform of the international stage, Deputy PM Richards praised the resolute efforts, hard work and perseverance of each athlete in their respective sporting discipline, commenting, “Despite the losses, Team SKN deserve our admiration and praise for their hard work and dedication. We are committed to national sport development and we are fully behind each and every one of them as they continue their sporting journey.”

SKNOC President, Alphonso Bridgewater, said “The SKNOC welcomes the Deputy Prime Minister’s visit which, this week, proved an excellent motivational exercise for the athletes who missed out on a Commonwealth medal. We thank him for his continued support and commitment to initiatives that provide inspiration and encouragement to athletes performing on the world stage.”